One of the hazards of using elderly test equipment, such as my HP 3585B, is old capacitors. HP loved using tantalums, which while having great low ESR, are also teensy little time bombs. Occasionally (typically at turn-on) there's a stink, and that's the sign that another one has let go.

So this happened the other day, and I spent a couple of hours sniffing the little blighter out, quite literally, as they're quite pongy and your nose is a great diagnostic tool. 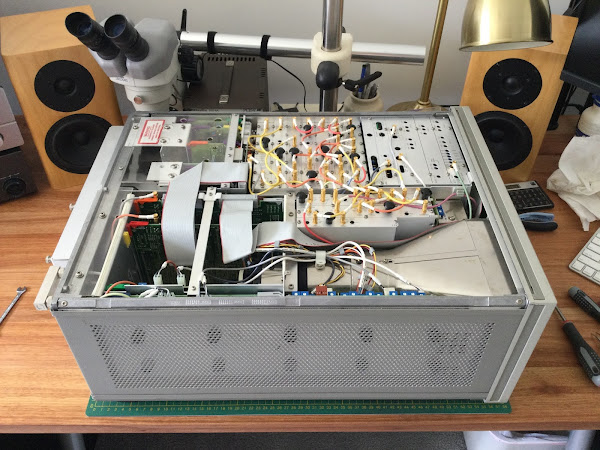 This is quite a beast of a spec-an, weighing in at around 35kg. It's really beautifully made, with gold plated circuit boards. I started by pulling boards one at a time and giving them a quick once-over.

Eventually I found it, at the back of the input module on the underside of the unit. 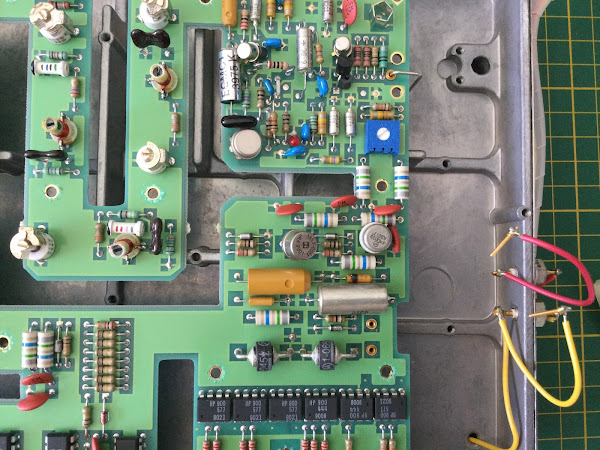 This one is a little 2μ2 20V Kemet axial tantalum. Luckily I have a few in a drawer. So I whipped it out and popped a new one in, and now it's good as new (until next time). 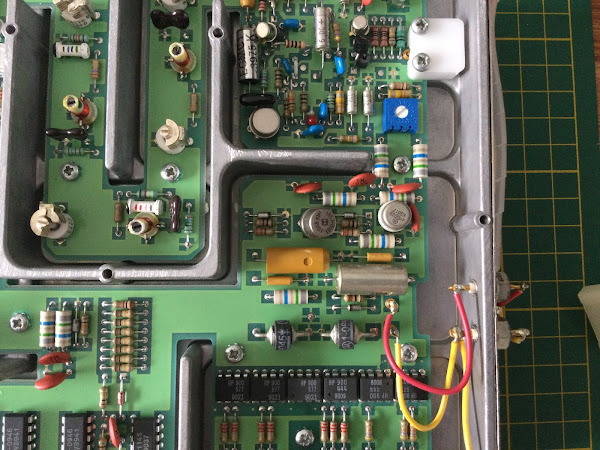