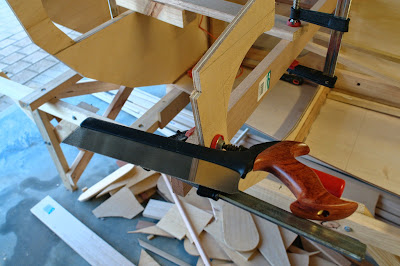 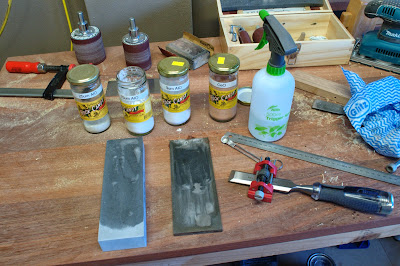 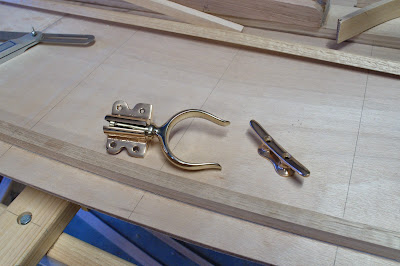 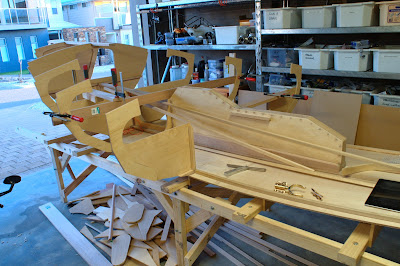 We went and bought some more sheets of ply. I rearranged things in the garage a bit, and cut a 10:1 scarf into four sheets with my no. 5 plane. Another big workout. With all this boatbuilding, I'm going to end up with an upper body like Schwartznegger. Although it's hard work, scarfing is actually pretty simple. With ply the layers of wood guide you. 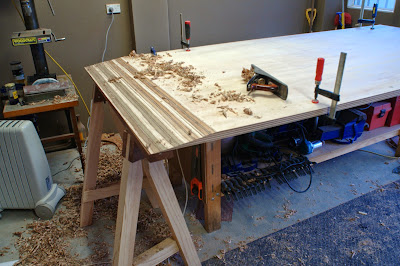 Next step was to build a building frame for the boat. This was just knocked together with framing pine. It took a while to find two lengths that were acceptably straight for the side pieces. before the boat went on I used the building frame as a huge workbench to prep the double length scarfed garboard plank.mMogget sees it as a huge cat climbing frame. 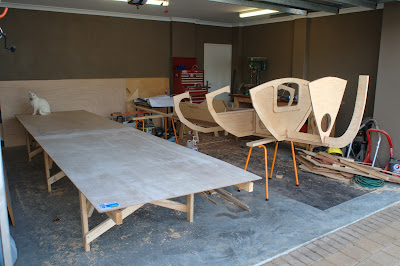 Here's another view of the frame. Don't look too closely at it. It's rather rough. It's flat and square though, and nice and strong with six legs being braced in all directions. 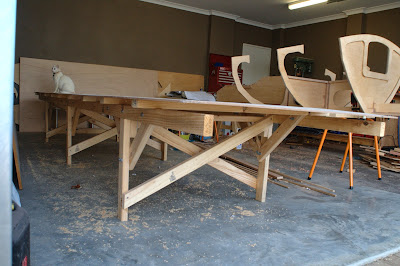 So here's where the fun really begins. I marked up the garboard plank with John's offsets, used a stringer to draw a fair curve, and cut it out with a jigsaw, finishing with my plane to get a really nice smooth curve. 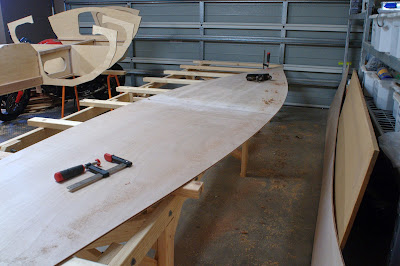 Then I cut a hole in the middle for the centerboard slot, and offered up the rest of the boat. Much grunting ensued with this two-person lift. It took three tries before the centerboard slot was just the right size. To celebrate having somewhere to put my motorbike again, I tidied up the garage a little. 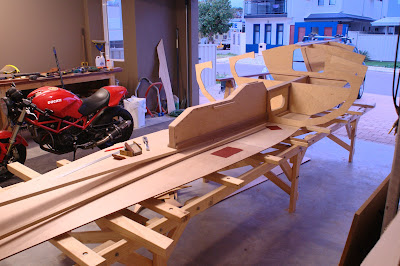 Next step is to put the proper reference height pieces in at each of the stations to form the curvature of the bottom of the hull, then glue and screw the garboard plank to the keel plank. Then I'll add more bulkheads and install some stringers and seats.
Posted by Suzy at 08:11 No comments: