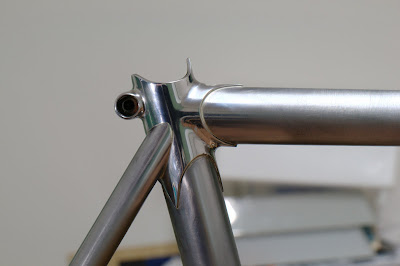 This is my first, and probably last, polished stainless seatlug.

It's not that it was terribly technically challenging to do - the lug prep, mitering, and brazing were not so terribly different to what I normally do with a seatlug, except perhaps the degree of care in mitering the seat stays just so, and minimising the fillet when brazing them into place. 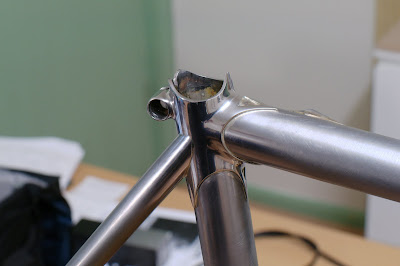 No, the real difficulty is the incredible amount of time it takes to file, sand, and finally polish this lug. Then, just when you think it's pretty good, you braze the seat stays in place and have to go back to 240 grit. Not to mention that it's practically impossible to get anything in between the stays - I'm seriously considering attaching emery to large matchsticks to get in there.

This one (Keith's) is probably at 80%. I've got more work to do under and between the seat stays. I'm very happy with the way the stay attachment has worked out - I think that should relatively easy to mask.

If only it didn't look so good! 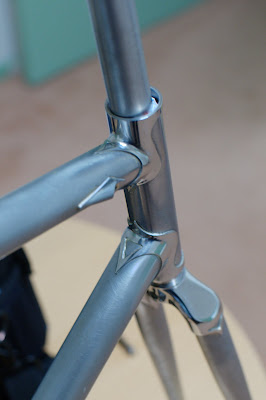 I'll do a dozen crowns and headlugs before another seat lug. They're just easy to do - straightforward convex surfaces with plenty of room to swing a file. 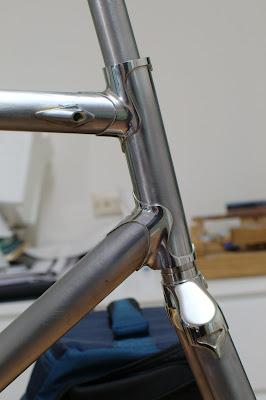 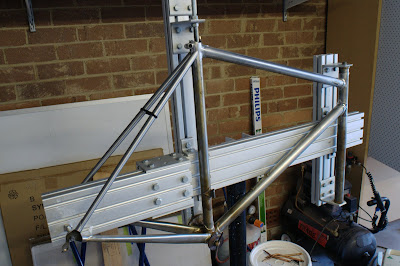 It's always fun when those last two tubes get mitered up, ready to go on. The frame goes from a collection of tubes to an identifiable frame.

So this is the setup I've decided to use for the seatstay mitering. They join just a tad more aft than what I usually do - this will make the gap between them a tad (that's an important technical term - a little more than a squidge, but less than a mite) less than usual. 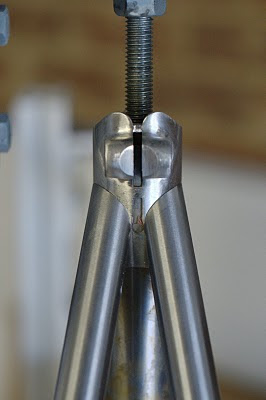 The plan is to make a silver preform and put this inside the tube, then heat and flow it out. This way I end up with minimal fillet on the outside (so I can polish the lug and have a maskable line), and a decent fillet on the inside, for a nice strong join. 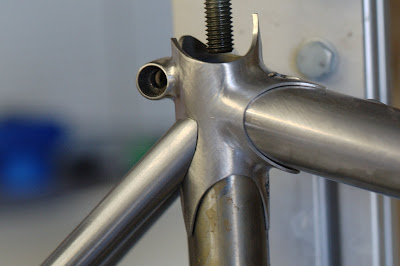 I used just two tools to construct these fillets - a hacksaw and my 300mm half round second cut file.

Oh, and yes, that is a hair elastic holding the seat stays in position.
Posted by Suzy at 06:09 1 comment: 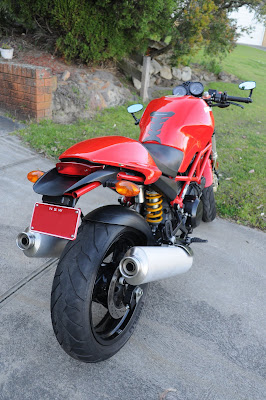 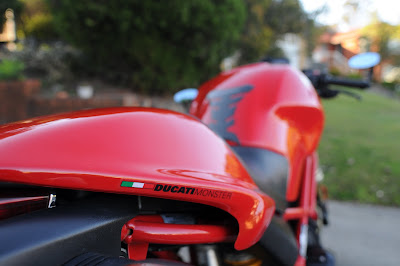 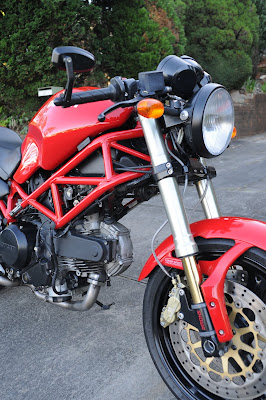 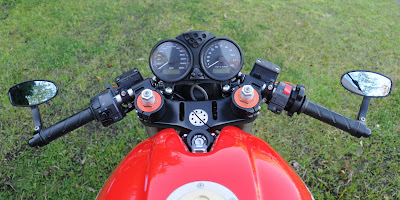 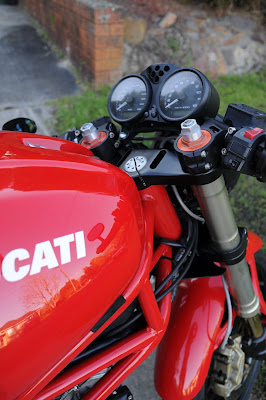 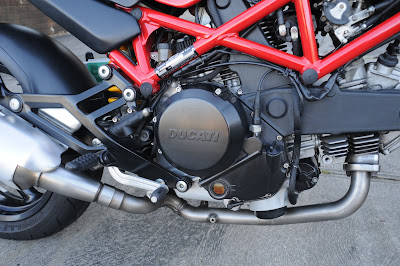