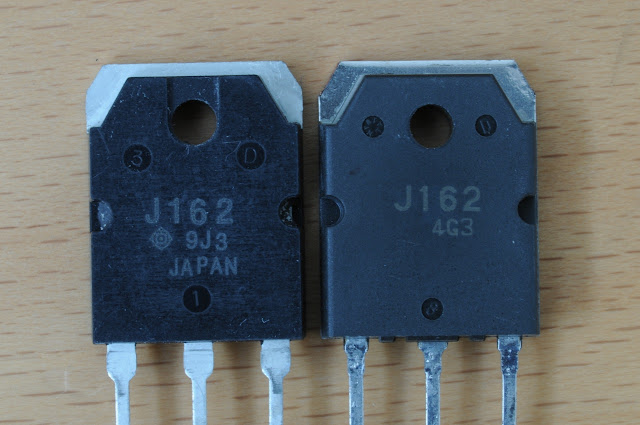 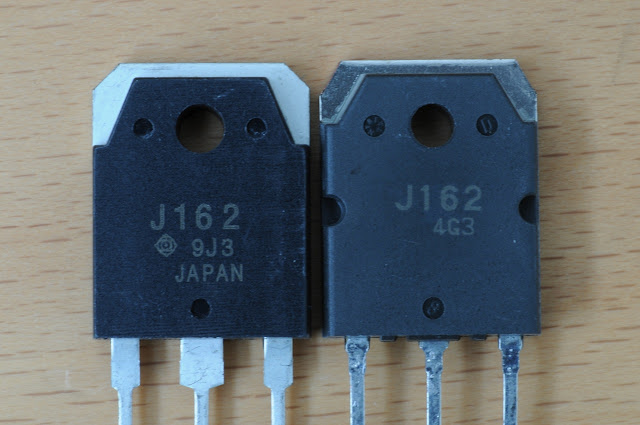 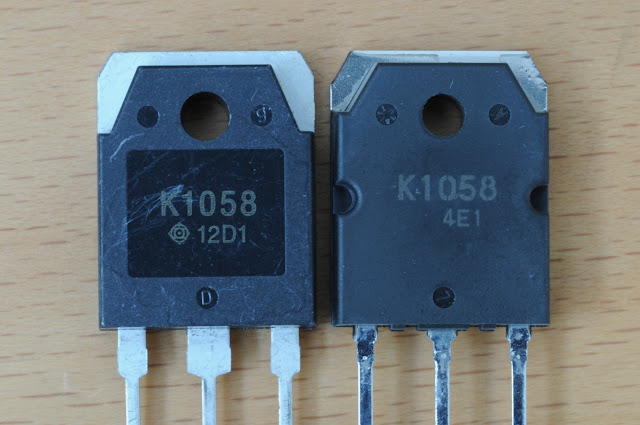 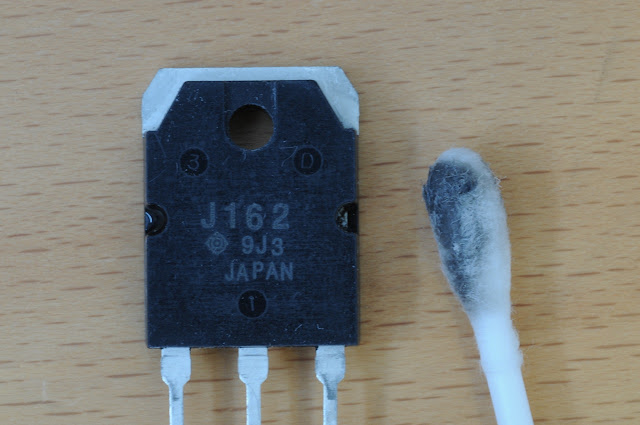 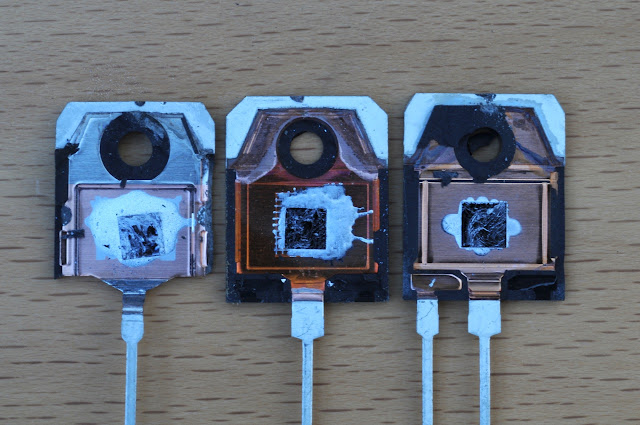 The dies are all different sizes - 4.2mm square for the first "2SJ162", 4.1mm for the second, and 4.5 for the "2SK1058". They made rather a mess mounting the die, which is a little surprising and makes me wonder if perhaps these are specifically built to be fakes - ie that they buy die and package them, then put bogus labels on them.
Posted by Suzy at 14:49 5 comments: