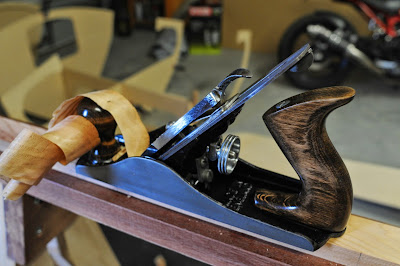 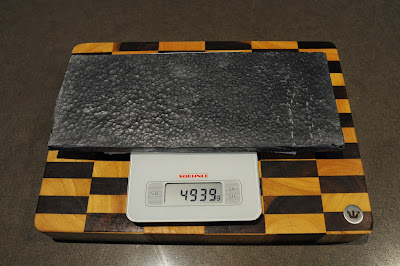 It's not going to win any awards, but it's about the right weight, and about the right dimensions to fit into the cavity I've made in my centerboard. There are no photos of the process because, like making sausages, it's best left unseen. Now I truly understand why people aren't keen on weighted centerboards.
Posted by Suzy at 19:13

Hi Suzy,
Are you sure 5 kilos will be enough lead? The Navigator plans call for a 100x100x60 brick which would weigh 6.81 kilos. I added about 10% more than that to mine just to be safe and even with all that it sinks rather slowly.
Joel
navigatorjoel.blogspot.com

So my my (very rough) calculations, I end up with about 70% of the volume of the standard centerboard. So my 5kg og lead is equivalent to about 7kg in the standard board...