Here's a padeye for my mainsheet. The usual arrangement for a dinghy is that one end of the mainsheet is terminated at the end of the boom. The sheet then goes through a block attached to a traveller or bridle across the transom (I still haven't made my mind up which way I'll go), then back through a block at the end of the boom, along the boom to about half way, then via another block mounted to the boom down to a block mounted to the centreboard case.

I have concerns about pulling a padeye out of the back of the centreboard case, as the loads might be fairly high, especially given that Geraldton is a windy place. It's hard to get inside the centreboard case to add a plate inside do through-bolt, so instead I'll use screws but screw into a couple of different faces, so that the screws are at an angle to one another. So here's that custom padeye so far. It mounts to both the vertical rear of the centreboard case as well as the sloping part, and will be held in by half a dozen #8 screws: 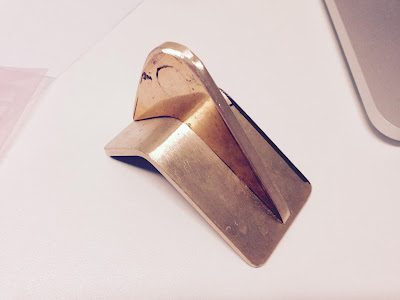 After welding with oxy-acetylene and CIG "Com-weld" filler, it looks really ghastly. I'm calling this piece "snot on bronze". 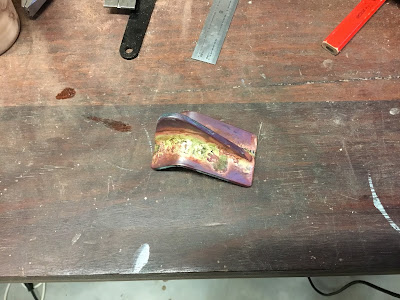 The below picture shows it mostly finished in-situ, poking up at the top of the aft end of the centreboard case - note the angle isn't 90 degrees (are they ever?). 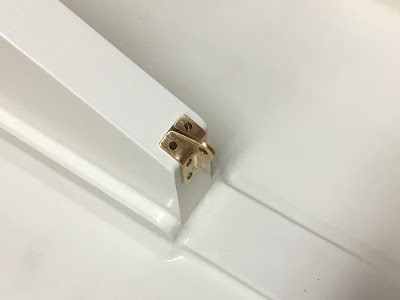 I'm probably 70 percent of the way through the finish work. I've got to cut down to the bottom of some pits and polish it properly. Even so, from the regulation ten feet I reckon it looks okay. 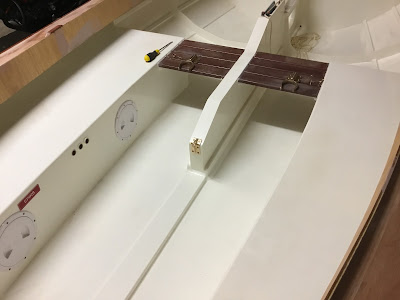